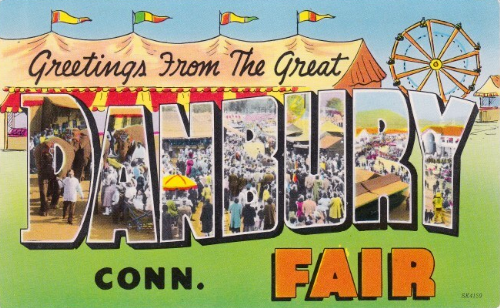 Back in 1962, Danbury, Connecticut was still the site of the Great Danbury State Fair every October. The rides, attractions and other equipment was auctioned off after the final season of 1981, and in 1986 the Danbury Fair Mall was opened on the fairgrounds site. The mall has a modern reproduction carousel and for some time, photos of the Fair and original signs were displayed in the mall's food court.