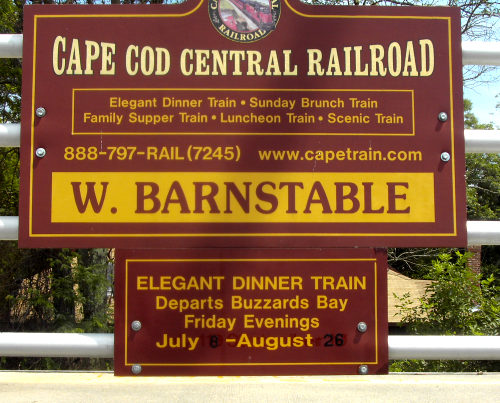 Up until 1959, you could take a train from Boston or New York to Hyannis, Massachusetts. There was no year-round passenger service between 1959 and 1986, when Amtrak began running trains again. Even that service has ceased, but tourist day trip service has been available sporadically under different railroad names since. Today the Cape Cod Central Railroad provides both scenic and dinner trains. The same tracks used in 1962 pass cranberry bogs, sand dunes, and historic villages, roughly paralleling US-6.