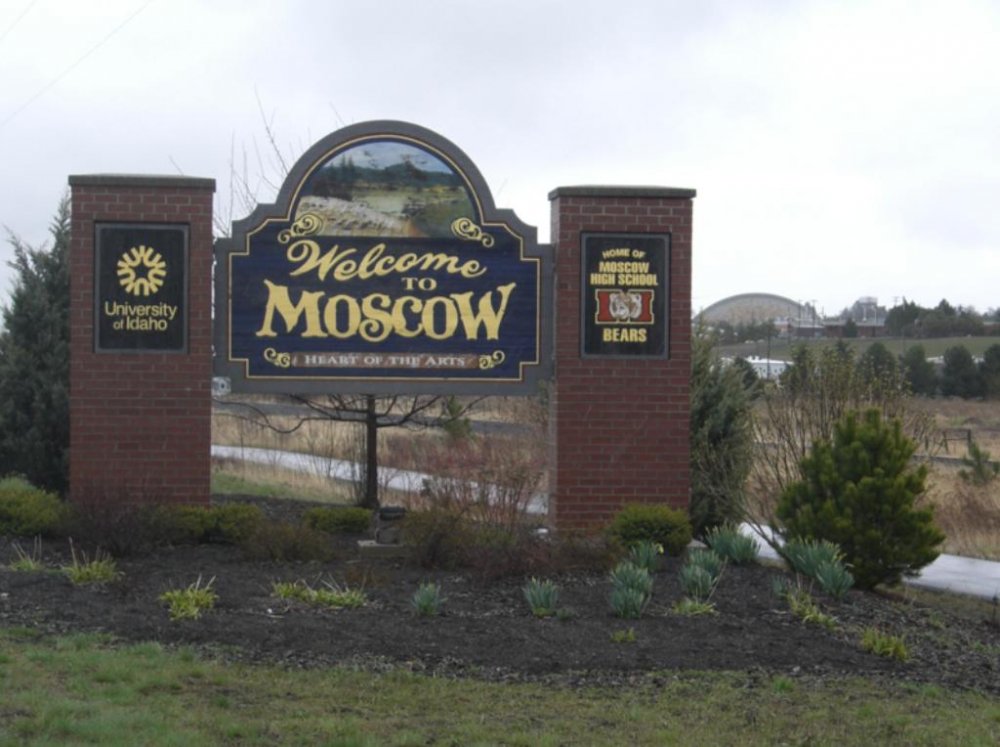 This entry in our For Namesake Blog is about Moscow, Idaho. Moscow, Idaho is one of 6 Moscow's in the United states from the book For Namesake, a travel book - Places in America inspired by famous World Cities. [1]

Settlers arrived in the Palouse region of Idaho in 1871 and established the town that would become Moscow. The original name for the community was Paradise Valley In 1875 the town’s first store was opened on Main Street. In 1877, Samuel Neff filed for a postal permit, using the name of Moscow because it reminded him of his hometown of Moscow, Pennsylvania. The city began to grow with the arrival of the Union Pacific Railroad in 1885. The city was incorporated as Moscow in 1887. Idaho achieved statehood in 1890. The University of Idaho opened its doors in 1892. England’s electronic rock group, The Cassandra Complex, made the city famous with their song Moscow, Idaho when it was released in1985. [2]

South of Moscow at the Emerald Creek Garnet Area you may hunt for your own gems. There are two large lakes in the Moscow area; Dworshak Reservoir in Idaho and Lower Granite Lake on the Snake River Canyon in Washington. The Nez Perce National Historic Park is east of Lewiston. Idaho State parks in the area include Dworshak State Park, Hells Gate State Park Heyburn State Park and Winchester Lake State Park. Steptoe Butte State Park is in Washington, north of Pullman.