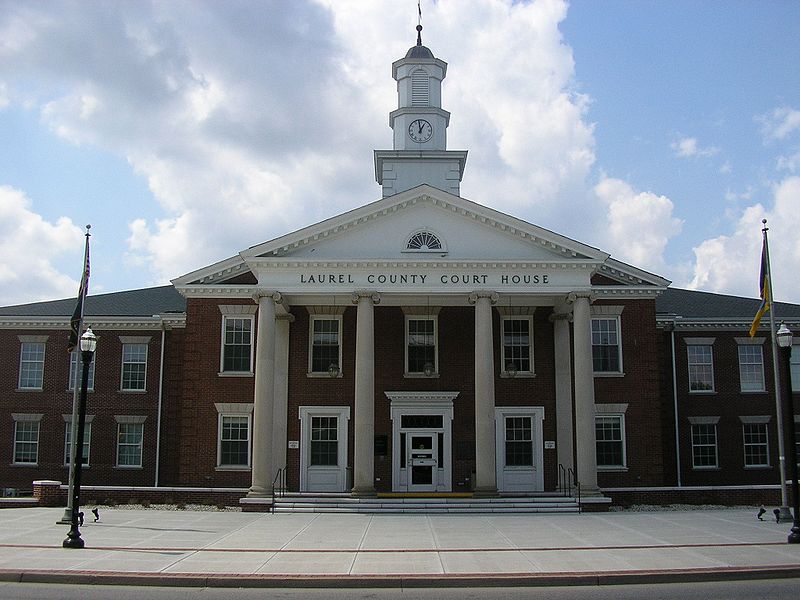 This entry in the For Namesake blog is about London, Kentucky and the World Chicken Festival [1}, which this year is being held on September 25 to 28. This is one of 14 "London's" from the book "For Namesake, a Travel Book"[2]

London, Kentucky is a town of 7,993 located in Laurel County along US Route 25 and Kentucky Route 80, just east of Interstate 75 in the southern part of the state. London is the county seat of Laurel County. London has a satellite campus of Union College. The main campus is in Barbourville 20 miles to the southeast of London. London also has the Somerset Community College. Corbin, 10 miles south of London, has a satellite campus of Eastern Kentucky University.

The act that created Laurel County in 1825 provided for a popular vote to select the county seat. John and Jarvis Jackson’s offer of the site of London was accepted along with their suggestion that the town be named London. It is believed that they selected the name based upon their English ancestry and the hope that the new settlement might grow to be like its namesake. London was officially found in 1826. The post office was established in 1831 with Branham Hill as the first postmaster. The town was incorporated in 1866. [3]