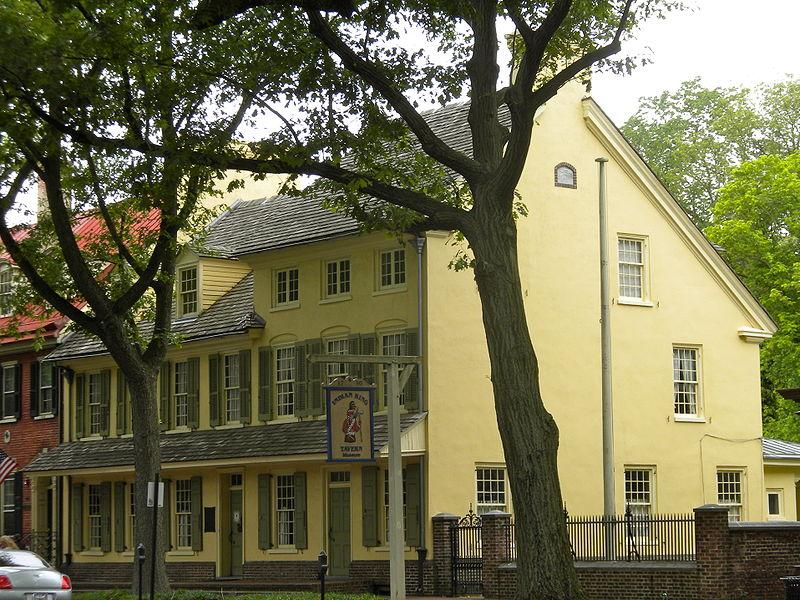 Berlin, New Jersey is a town of 7,588 located in Camden County along US Highway 30. It lies just 16 miles southeast of Philadelphia, Pennsylvania. Berlin is a designated Borough of New Jersey. There is also a Berlin Township and unincorporated populated places known as East Berlin and West Berlin all located in the same general area in Camden County. My understanding is that in New Jersey boroughs and townships differ in the way the local government is set up. It is difficult to distinguish between these places with the same name in the same area, so this article pertains to all of them.

This area was once known as “Long-a-coming” and saw its first settlers in 1714. The name was adapted from a Native American path connecting the New Jersey shore with the Delaware River called Lonaconing Trail. Iron Forges and Glassworks were among the first industries in the 1800’s. In 1867 the area was named Berlin, although no one really knows why this name was chosen. It became a town in 1910. In 1927, Berlin was formally incorporated as a Borough taking some area away from Berlin Township. [2]

Attractions in the Berlin area include Adventure Aquarium, Children’s Garden, the soup Tureen Museum and the Battleship New Jersey in Camden; Historic Barclay Farmstead Museum in Cherry Hill; South Jersey Museum of American History and the Heritage Glass Museum in Glassboro; and the Indian King Tavern Museum in Haddonfield. The Indian King Tavern was build in 1750 and in 1777 was the site where New Jersey declared its independence from English rule. Just 16 miles away the sites of Philadelphia beckon. How could you resist visiting the Philadelphia Mint, The Edgar Allan Poe National Historic Site or seeing the Liberty Bell at Independence National Historic Park? The kids would love seeing the creepy bugs and crawling things at the Insectarium Museum (8046 Frankford Avenue in northeast Philadelphia). Check it all out at the “Visit Philly” Web site. [3] If you are in Philadelphia, I would be very remiss if I didn’t remind you to check out the famous Philly Cheesesteak sandwiches. I’ll leave it up to you to decide between Pat’s, Geno’s or many of the other rivals vying for the finest Cheesesteak in Philly. [4] Have one for me.

For outdoor recreation you can go to Berlin Park right in the town of Berlin or visit any of four New Jersey State Parks located close by. These include Neshaminy State Park on the Delaware River, Mount Laurel State Park in Mount Laurel, Parvin State Park in Elmer, and Rancocas State Park in Hainesport. Berlin is also close to The Wharton State Forest.

Nearby US 130, from Trenton to Camden, was included in the original Proclamation route of the Lincoln Highway when it was laid out in 1913. In just a few years, however, the Lincoln was rerouted to US 1 on the Pennsylvania side of the river. [5] Much of the more than 3000 mile Lincoln Highway running from New York to San Francisco can still be driven today, it’s an enjoyable ride.

Notable residents and natives of Berlin include Ron Dayne, running back for the Houston Texans; Kelly Ripa, co-host of the “Live With Kelly and Michael” morning television show; and Dan Pomponio, top alcohol funny car driver.