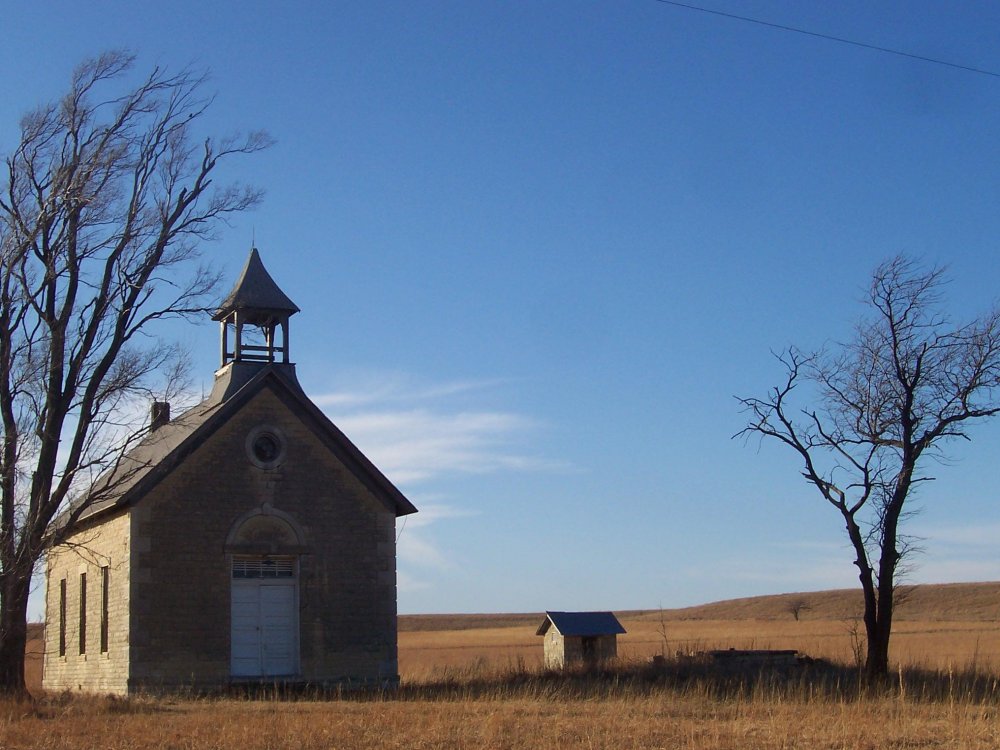 This entry in our Blog about Namesake Cities is about Florence, Kansas. I chose this town because I spent the Memorial Day weekend visiting my Mother in Law who lives in nearby Newton, KS.

Florence, Kansas was once a busy railroad town that reached a peak population of nearly 3000 in the 1920's. Since then it has declined and today is a mere shadow of its former self. Still though it has an interesting history. The very first overnight establishment opened by the Fred Harvey company was the Clifton Hotel in Florence. Today it is a museum and restaurant. You can read about Florence at the city Web Site [1].

Here is a view of the Santa Fe Railroad Depot today in Florence.

There is an interesting double stone arch bridge over the Cottonwood River located south of the small community of Clements which is northeast of Florence along US 50. [2]

From "For Namesake, a Travel Book - Places in America Inspired by Famous World Cities"[5]:

Florence, Kansas is a village of 465 located in Marion County along US Routes 50 and 77. It lies 12 miles southeast of the county seat of Marion. The Cottonwood River flows just to the east of the village, which promotes itself as “Nestled in a Valley of Opportunity”. The closest colleges are Tabor College near Hillsboro and Bethel College in North Newton.

Florence was organized by the Florence Town Company, a group of men who proposed to build a town site where the Atchison, Topeka and Santa Fe Railroad would cross the Cottonwood River. It was established in 1870 and named in honor of the daughter of Samuel Crawford, ex governor of Kansas and member of the Florence Town Company. For a long time it was the only town in Marion County with a railroad. In the 1890’s as many as eight passenger trains a day would come through town. Florence was incorporated in 1872 and grew to its peak size of between 2000-3000 by the early 1920’s. Running water came to the village in 1888; the source was the Cottonwood River. As the village grew, a better source was required and in 1920 it switched its water supply to Crystal Spring, which supplies cool, good tasting 99.96% spring water to the village water tower to this day. Being on the River, flooding of the town occurred on numerous occasions. The most serious was in 1951 when 90% of the town was under water up to a foot and a half deep. In 1964 levees were constructed to the south and east of town and since then no flooding has occurred. [3]

In the early 1870’s the Fred Harvey Company was founded with the purpose of offering good food in clean elegant restaurants to the traveling public throughout the southwest. In 1878 they opened there first overnight establishment, the Clifton Hotel in Florence. By 1884 at their peak, there were seventeen “Harvey Houses” along the Santa Fe Railroad. Learn about their history and see pictures at the Harvey House Home page on the web. [4] Today the Clifton Hotel is a museum and restaurant. Other places of historic interest include the Doyle House from 1881, the 110-foot landmark water tower from 1888 and the Bichet School east of town from 1896. The Santa Fe depot was built in the early 1900’s but is now closed. Every year Florence sponsors the “Tour De Florence” a bicycle tour through the nearby Flint Hills. They also have a farmers market and yearly Spring Flings and Labor Day festivities. Nearby, three museums of interest are; Kauffman Museum in North Newton, Mennonite Heritage Museum in Goessel and Roniger Memorial Museum in Cottonwood Falls. The Roniger Museum has an extensive collection of Indian artifacts. The Flint Hills Scenic Byway runs along US 177 through the village of Strong City. In the western part of Marion County traces of the Santa Fe Trail still exist.

There are two large parks in Florence, Moses Shrine Park and Grandview Park. Boating is available at Marion Reservoir northwest of Marion. Southeast of Marion is a smaller lake, with a beech for swimming, at Marion County Park. Thirty miles south of Florence is Eldorado Lake and State Park. Hiking trails are available and a small head of Bison can be seen at the Tall Grass Prairie National Preserve north of Strong City.

Notable residents of Florence include J. Ware Butterfield, Charles O. Fuller and J. K. McLean; all members of the Kansas House of Representatives.