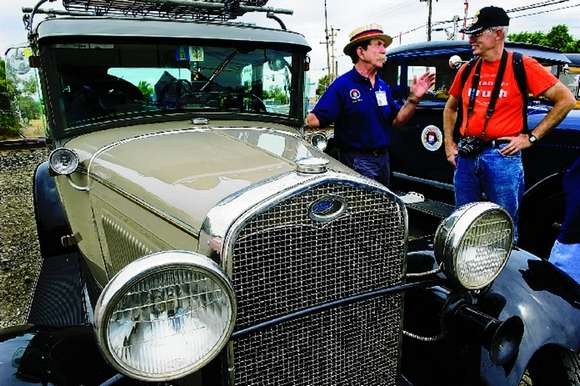 The Tunnel Vision column of our Spring 2015 American Road featured an article entitled Joy to the Road about the centennial of a remarkable journey from Detroit to San Francisco by Henry B. Joy, first president of the Packard Motor Car Company in 1915. Between the end of June 2015 and the first week of July, another group of Lincoln Highway enthusiasts made that same trip in 12 days. Their tour guide was Paul Gilger who also led the mapping committee for the tour.

In this final podcast in the Lincoln Highway Centennial Tour series, Paul describes the complicated process of putting a cross country tour together. Some of the most enthusiastic travelers are the international visitors who make up a large part of the traveling band, particularly the Germans who have taken a particular shine to Route 66.

As a tribute to the 60th Anniversary of the 1955 Chevy, Danchuk has partnered with Woody’s Hot Rodz and Super Chevy Magazine to bring you the Tri-Five Nationals, August 14-15, 2015 at Beech Bend Raceway in Bowling Green Kentucky. There will be a Tri-Five Only car show, full quarter mile drag racing, which will be heads up Tri-Five only racing, a Gasser Gathering, Autocross Challenge, cruise-ins, and to top it all off: Golden Star Auto and Woody’s Hot Rodz will be giving away an all new Woody’s built 1955 Chevy 2-door sedan!

Go to www.thetrifivenationals.com for more information and register so you don’t miss the fun. The 1955 Chevy will only turn 60 once and believe us…you don’t want to miss this monumental event! 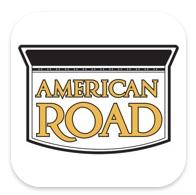 Pick up a copy of American Road magazine and don't miss another edition!